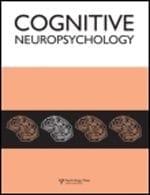 Schwartz and Dell (2010) advocated for a major role for case series investigations in cognitive neuropsychology. They defined the key features of this approach and presented a number of arguments and examples illustrating the benefits of case series studies and their contribution to computational cognitive neuropsychology. In the Special Issue on “Case Series in Cognitive Neuropsychology” there are six commentaries on Schwartz and Dell as well as a response to the six commentaries by Dell and Schwartz (2011 this issue). In this paper, I provide a brief summary of the key points made in Schwartz and Dell, and I review the promise and perils of case series design as revealed by the six commentaries. I conclude by placing the set of papers within a broader perspective, providing some clarification of the historical record on case series and single-case approaches, raising some cautionary notes for case series studies and situating both case series and single-case approaches within the larger context of theory development in the cognitive sciences.