To receive Honors in Cognitive Science, graduating students must have a major GPA of 3.5 or higher. Students will receive a major GPA calculation worksheet from the department in their graduating semester. The worksheet must be completed and submitted to the department’s Director of Undergraduate Studies‘s in a timely manner for review and approval. Only courses directly applied to a student’s cognitive science major, including math and foreign language courses, are included in the major GPA calculation. If the major GPA requirement is met, departmental honors will appear in the student’s transcript and will be indicated in that year’s Commencement program.

Questions may be directed to Dr. Colin Wilson or the academic coordinator.

Each year, faculty members nominate a graduating cognitive science major with the strongest combination of:

The award, established in 2022, includes a monetary prize. The student is also acknowledged in the Commencement program.

Robert J. Glushko is an Adjunct Professor at the School of Information Management & Systems and the Director of the Center for Document Engineering at the University of California, Berkeley. An information management scientist, entrepreneur, consultant, author, and educator, he has been a pioneer in the commercialization of XML. He spent 25 years in research and industry, and now balances his role at Deem with work at Berkeley.

Prior to the Glushko Prize, cognitive science faculty-nominated a graduating cognitive science major with the strongest combination of academic excellence and outstanding accomplishment in research and bestowed upon them the Excellence in Cognitive Science Award. 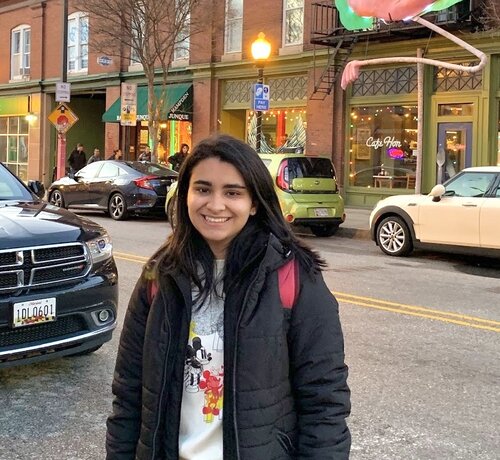 ...This summer, I will be working as a Google STEP Intern on the Geo Team! Working in the [Bonner] lab has taught me a lot, and the interpersonal and technical skills that I have acquired have been an invaluable asset for my internship!