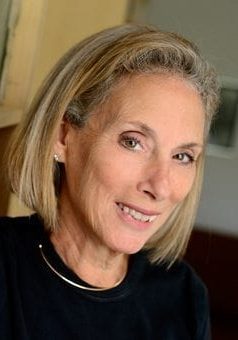 Barbara Landau has been the Dick and Lydia Todd Professor of Cognitive Science since 2001, was the Vice Provost for Faculty from 2011-2014, and was the Director of the Science of Learning Institute from 2013-2018. Landau is interested in human knowledge of language and space, and the relationships between these two foundational systems of knowledge. Her central interests concern the nature of the cognitive "primitives" that are in place during early development, and support our remarkable capacity to recognize objects, move around space in a directed fashion, and talk about our spatial experience. Specific questions of interest include: How do children come to master the intricate relationships between meanings and their linguistic expression? How do we come to know about space, in order to recognize and remember objects, motions, and places in space? What is the relationship between language and space, and do these differ across different languages? How do humans use each system to enhance their use of the other system? When and how do the two systems come to "communicate" with each other?

In thinking about these questions, Landau's research draws on a variety of approaches, including traditional experimental and linguistic methods adapted for young children. Although much of her work concerns the mechanisms of normal development, she is also interested in unusual cases of development, which can shed light on normal development and cognition. For example, studies of congenitally blind children can shed light on the relationship between perception and language; studies of people with Williams syndrome (a genetic deficit associated with deletion of 25 genes on chromosome 7) can shed light on the effects of genetic deletion on spatial organization and language learning, and studies of spatial representation in individuals who have sustained perinatal stroke can reveal the brain's organizational and developmental principles for space compared to language. More generally, these cases of unusual development afford the opportunity to think about the relationships among genes, the developing brain, and cognition.

Landau is an elected member of the National Academy of Sciences, a Fellow of the American Academy of Arts and Sciences, the American Association for the Advancement of Science, the Cognitive Science Society, and several other organizations. She was named a Guggenheim Fellow in 2009. 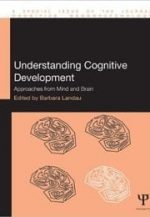 Spatial Representation: From Gene to Mind 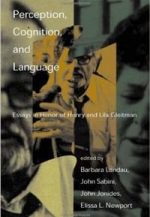 Perception, Cognition, and Language: Essays in Honor of Henry and Lila Gleitman

The Acquisition of the Lexicon 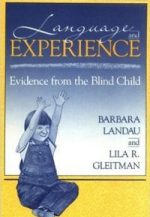 Language and Experience: Evidence from the Blind Child